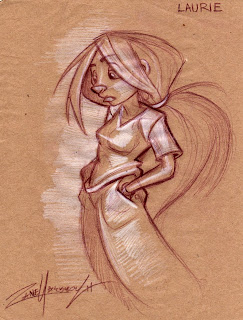 Posted by Zane Yarbrough at 9:37 PM No comments:

Hey guys check out this blog for Scott Vanarsdale and My senior film Delivery
Posted by Zane Yarbrough at 5:08 PM No comments: 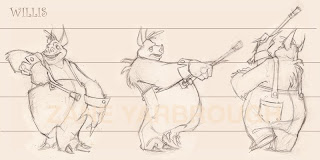 OK so here is a rough turn of Willis the Wombat Magician, trying to get as much drawing in a possible and this is a result of that I plane to finish and color this turn with in the near future. In other news Disney bought marvel.....now that is weird I mean no telling what is going to come from that i can't even imagine. Hopefully nothing like Hannah Montana comic books that would be a tragedy. On the other hand I might be OK with something like mickey with wolverine claws.
Posted by Zane Yarbrough at 1:04 PM No comments: 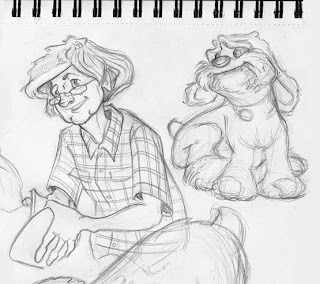 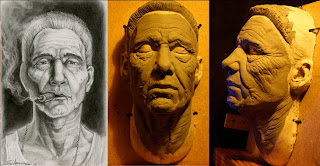 I had lunch at my grandma's house today and they wanted to see some of my sketches so since I brought my book with me I decided to do some drawing. So this is my grandma and one of there two little pups Cabo he is the funniest little guy ever. Oh went and saw Inglorious Bastards the other night supper awesome every one should go and check it out. And under her is a sculpt I did last summer for fun of my good friend Brian Upchurch as an old officer of the army.
Posted by Zane Yarbrough at 12:23 PM No comments: 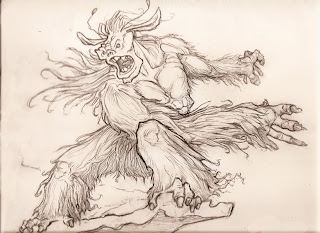 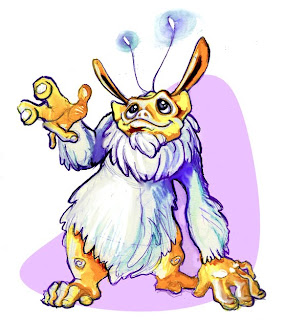 Today is Yeti day!!!! On top is a sneak peak at a painting I am doing for my vis effects portfolio and underneath him is an animated yeti I did for fun his name is surburt. The YETI rocks and he was fun to draw enjoy!
Posted by Zane Yarbrough at 11:07 AM No comments: 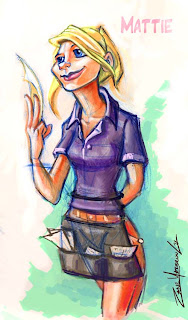 Not much of an update just been working on senior film stuff lately and some work for my dad, which reminds me everyone needs to start watching this blog http://www.dreamdelivery.blogspot.com it is where all the updates on Scott Vanarsdale and my senior film will be posted so check it out. anyway this is a waitress character design I did for fun thanx for looking.
Posted by Zane Yarbrough at 8:07 PM No comments: 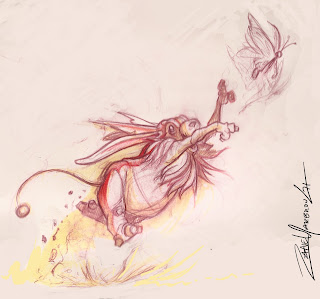 well everyone just about to start boarding a short film so I thought I get a quick update in before I become a hermit. This is one of many poses I have been drawing for a grifal pose compilation for my portfolio this one unfortunately didn't make the cut so I thought I would share it. So here is a grifal jumping for a butterfly..... kindda of funny. Anyway on another note went and saw Ponyo and loved it the visuals were mind blowing it is hard to believe all the hand drawn effects animation. so yeah untill next time!
Posted by Zane Yarbrough at 12:19 PM No comments: 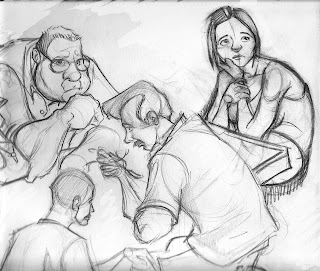 went out to eat with my parents and here is some of the people I drew
Posted by Zane Yarbrough at 2:07 PM No comments: 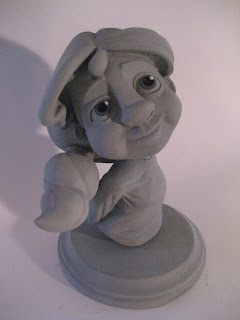 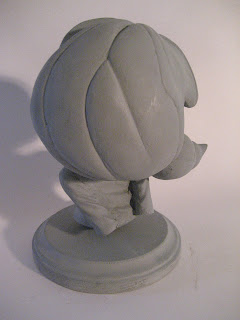 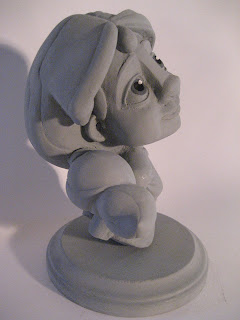 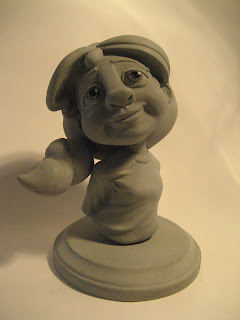 Hey this is the maquette for Dixie Pizani's senior film
Posted by Zane Yarbrough at 4:32 PM No comments: 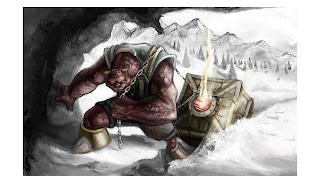 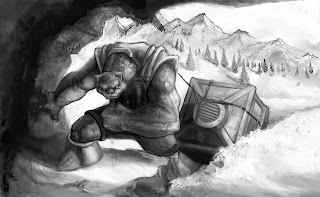 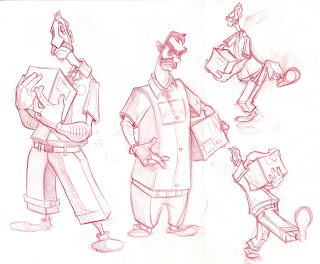 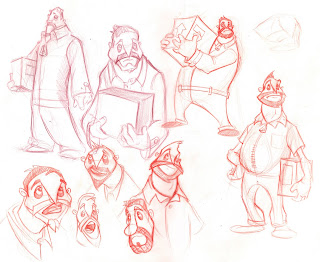 hey everyone just got back from Comic con and it was a blast. this is a little preview of what you are going to see when my senior year starts up. A man goes his whole life never receiving a package in the mail ironically he carries on a job as a package delivery man....what happens when he receives a package. this is the first sketches for his character design. check them out tell me what you think!!!
Posted by Zane Yarbrough at 10:56 PM No comments: 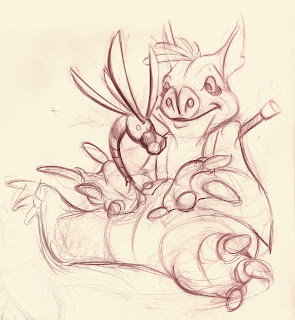 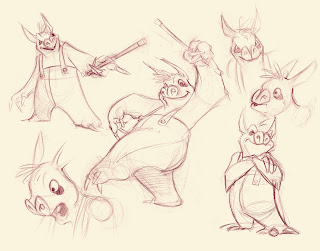 Good morning everyone I decided to get Mondays post over with so here it goes. Introducing Willis the Wombat for all you dragon fly lovers out there. Willis is one of ten outback critters that has a full time job as a member of a traveling petting zoo during the great depression. One week while passing through the New York city streets Willis and his other fury friends preformed next to an insect trainer know on Vaudeville as Sandra the Dragon Fly Dancer. Sandra used a glider covered baton to train her insects and make them dance like nothing anyone had ever seen before. At night after the petting zoos first day in NYC a Toss-um the possum Willis's best friend in the zoo snatched the glider covered baton from Sandra before she had the chance to pack it away. later that night Toss-um gives Willis the baton. delighted with his new"wand" Willis waves it above his head just as one of Sandra's dragon flies sneaks in through one of the wagon windows. Willis sees the fly as some sort of act of magic he created and follows the fly back to Vaudeville to become the first wombat magician. Willis the Wonderful, Whimsical, Wombat Magician.
Posted by Zane Yarbrough at 1:04 AM 1 comment: 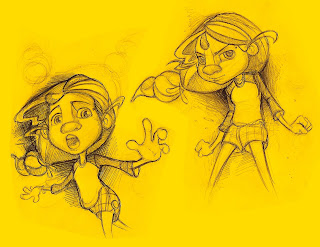 Hey all of my hundreds of followers.....it has been almost a week since my last post so I decided not to keep you on the edge of your seat any longer. Tonight I have two more poses of Dixie's character Allie. Every Friday at work there is always some dead time when I am uploading footage so I have a tradition to try an draw to new poses of Allie because I find it fun I guess... and it helps me clear my mind, so... enjoy!!! I promise that I will be more mindful of my new blog this coming week.
Posted by Zane Yarbrough at 10:12 PM 1 comment: 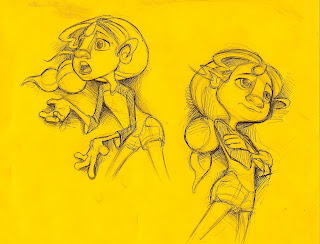 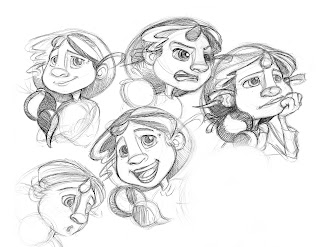 Hey everyone welcome to my new Blog for those of you who don't know me my name is Zane Yarbrough and I am a senior a SCAD. I love to animate and design character and I am going to do all I can to make it my profession starting of this new blog I have a couple page of a character name Allie. Allie was designed for my friend Dixie Pizani's senior film. the character is a dreamer with a bit of a temper. I hope you enjoy her as much as idid drawing her!
Posted by Zane Yarbrough at 6:45 PM No comments: